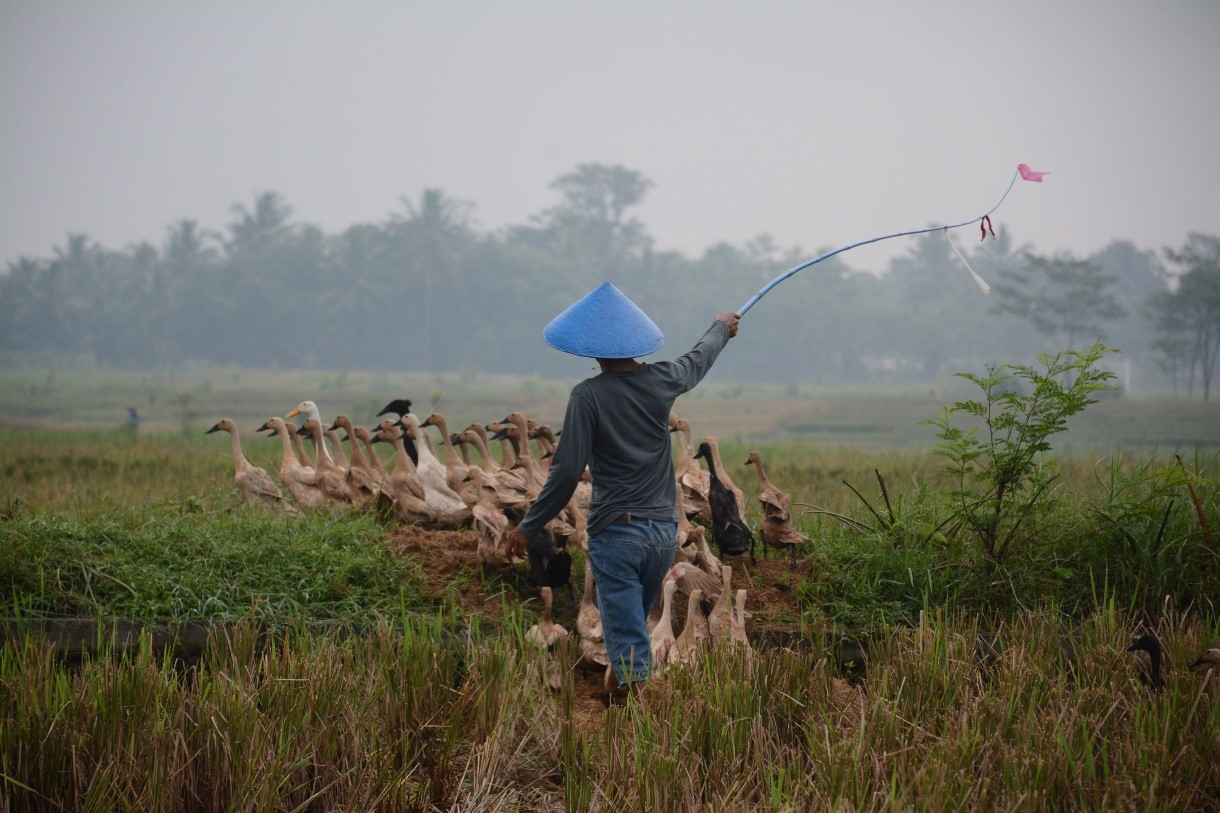 One Health is a unified approach that aims to optimize the health of people, animals and their common environment. It recognizes the interdependence between the health of humans, domestic and wild animals, plants and the environment, including ecosystems. It is an approach that requires the action of several communities from different sectors, disciplines and levels of society. Although it is a long established concept, One Health is now coming to the fore as a feasible approach to maintain sustainable development, including the need for water, air and energy. clean, tackling global climate change and nutritious food for all.

November 3 of this year marked the sixth anniversary of the One Health global campaign. Celebrate, National Geographic Indonesia hosted a webinar titled â€œAncaman Pagebluk terhadap Ketahanan Pangan Kitaâ€ (The Threat of a New Epidemic to Our Food Security) on November 27th. It was a joint effort between National Geographic Indonesia and the Food and Agriculture Organization of the United Nations (FAO), supported by the Department of Agriculture and the United States Agency for International Development (USAID).

Moderator Mahandis Yoanata Thamrin, Editor-in-chief of National Geographic Indonesia, invited the audience to reflect on the fractured relationship between humans and the rest of the ecosystem. He mentioned how climate change, among other factors, has caused emerging zoonotic infectious diseases (EIDs) that have spread among humans, animals and livestock.

“The increase in SIA is severely affecting countries rich in biodiversity with unresolved environmental and socio-economic problems,” Yoanata began. â€œWe know that mutating viruses have threatened our food security. In reality, how vulnerable is Indonesia to emerging infectious diseases? “

Professor Amin Soebandrio from the Eijkman Institute for Molecular Biology came to the screen to show how the evolution of human activity has contributed to the emergence of new human-to-human and animal-human diseases. Human migration and globalization, observed Soebandrio, have contributed to the spread of pathogens across countries and continents. They have also contributed to the growth of the human population, increasing the human need for food. The intensification of the production of protein, carbohydrates and even animal feed has prompted people to expand into new geographic areas.

The pursuit of housing and food had dire consequences, as evidenced by the 2004-2005 bird flu epidemic in poultry farms. Soebandrio also mentioned the opening of a new housing project on deforested land which has led to an increase in malaria cases in the region. In the context of COVID-19, Soebandrio highlighted how the increase in close contact between humans and wildlife – possible sources of SARS-CoV-2, the virus that causes COVID-19 – has resulted in pathogens non-malignant in their natural habitat have become deadly human viruses. Other factors have also increased the risk of infection among zoonotic diseases, including the way people live and their environment.

Sheherazade, better known as Shera, is a scientist and co-founder of Tambora Muda, a national network of young Indonesian environmentalists. â€œHow does the protection of nature protect us too? Shera asked at the start of her presentation. â€œWe must stress the importance of involving the forestry, wildlife conservation and veterinary service sectors in the treatment and prevention of EID. Reiterating Soebandrio’s points, Shera added that land use change (including deforestation and urbanization) and commercial exploitation of wildlife have also helped exacerbate the spread of zoonotic SIA.

Deforestation, Shera warned, was one of the root causes of the Nipah virus outbreak, while the civet trade gave rise to cases of SARS in the early 2000s. “When we talk about post-recovery recovery pandemic, we need to focus on maintaining wildlife habitat by reducing deforestation and unsustainable land use changes, â€she summed up. “Reducing the exploitation of wildlife also means stopping the trade and transport of highly zoonotic animals.”

Through Tambora Muda, Shera and her team aim to translate their research into initiatives and push policymakers to take decisive action on urging millennials and millennials to formulate and also implement a program, â€she underlined. As an example, she presented a bat conservation project in Mantawalu Daka, in central Sulawesi. There, his associates were at the forefront of monitoring and restoring the local bat population to protect them from the bushmeat trade, â€Shera said. “At first they didn’t really care about the zoonotic aspect, only the preservation of the ecosystem and the bats themselves.”

Eradicating the bushmeat trade is also part of the Ministry of Agriculture’s fight against zoonoses. Nuryani “Nunung” Zainuddin, director of animal health for the ministry, presented her leadership’s efforts to detect, respond to and protect the health of livestock across the country. The role of the Animal Health Directorate is not limited to livestock; it also includes their human custodians and consumers and, ultimately, the entire human population, albeit indirectly. And by preventing EIDs in livestock, management has bolstered food security, which is part of the One Health framework, alongside human activity and economic development.

To date, the Animal Health Directorate has a comprehensive system to control and contain zoonoses, including a network of veterinary laboratories across the country and an online database for disease reporting. â€œThe responsibility does not lie only with the central government, but also with regional administrations and all stakeholders. And in collaboration with the Ministry of Health and the Ministry of Environment and Forestry, we are prioritizing six major zoonotic diseases, including those caused by the coronavirus. Each measurement is, of course, designed with One Health in mind. Nunung explained. â€œOur surveillance program, for example, focuses on animal and human diseases.â€

Research centers, conservation organizations and government departments are not the only ones joining the fight against zoonotic SIA. Journalists also play a huge role in crafting stories that engage audiences of all demographic groups to be part of the One Health movement. Didi Kaspi Kasim, editor-in-chief of National Geographic Indonesia, has spent his career creating stories for an increasingly critical audience. Its fundamental purpose, however, is to get people to explore current issues with renewed optimism and ultimately to have an impact.

â€œThe press must step in and be the catalyst to amplify movements by making impactful contributions,â€ he said.

But the main point, Didi continued, was not to tell success stories. Even stories of failure could inspire people to continue the movement and influence others to do the same. New perspectives combined with an engaging storytelling should prompt readers to ask more questions, especially about earth and how to protect it.

Health for all! – The European Sting – New reviews and information on European politics, economics, foreign affairs, business and technology