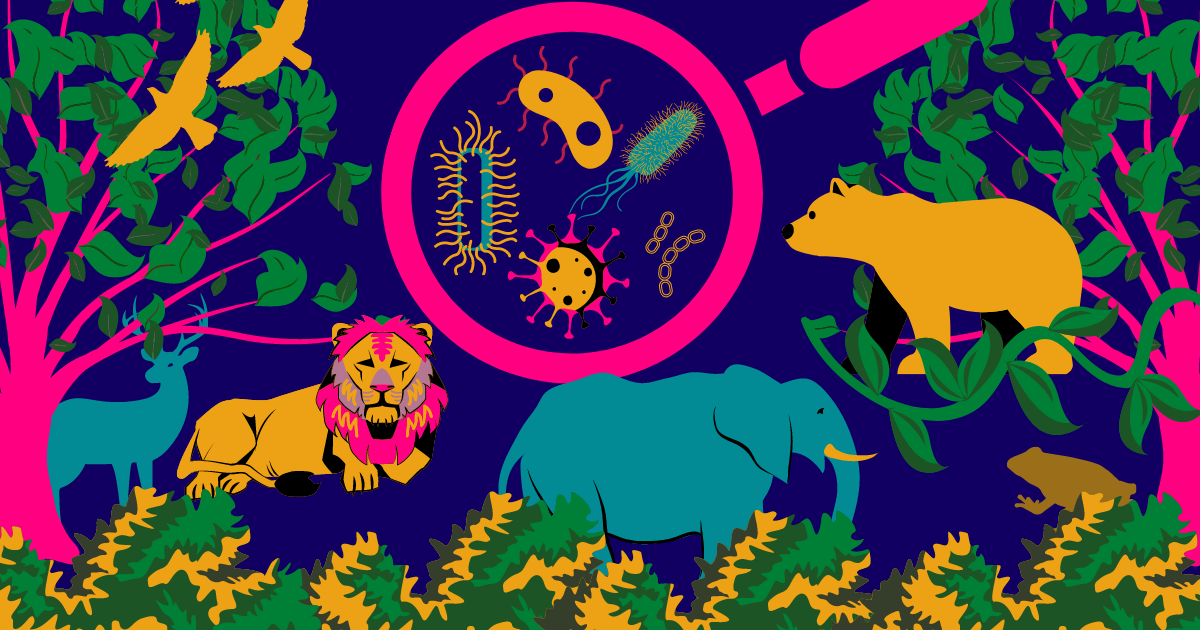 Where is One Health in India? : Challenges to adopting global zoonotic control strategies

The COVID-19 pandemic has made it clear that intrusions into natural landscapes are not only environmental concerns, but are also closely related to public health. Little attention has been paid to systemic causes such as large-scale biodiversity loss that underlie the emergence and re-emergence of these diseases. The institutional public and animal health networks in India involved in the surveillance and control of zoonoses are described here. It is shown that the absence of a systematic framework that explicitly involves the institutions that manage biodiversity and wildlife health leads to gaps in the implementation of a One Health framework in India. Filling these gaps requires a supra-ministerial mechanism that brings together public health, ecology, and veterinary and social sciences to tackle the threats posed by existing and emerging zoonoses.

The importance of biodiversity in maintaining the planet is widely accepted. However, any discussion of its essential role in supporting public health was largely confined to certain specialist circles, until 2020, when the COVID-19 pandemic produced a powerful example that no one could ignore. Zoonoses, the diseases that humans and animals contract from each other (WHO-FAO-OIE 2019), are on the increase (UNEP-ILRI 2020), and are often directly linked to the degradation of biodiversity caused by forays into natural ecosystems (WHO-CBD 2015; Berthe et al 2018). The risk of zoonotic disease incidence increases in human-dominated ecosystems (Gibb et al 2020), and biodiversity loss is known to exacerbate the risk of disease emergence (Halliday et al 2020). Because zoonoses operate at the interface between humans and animals, in livestock and natural environments (UNEP-ILRI 2020), and have an impact not only on health, but also on other factors of development , such as education and livelihoods (Berthe et al 2018; Purse et al 2020), its struggle falls within the realm of multiple actors and government agencies.

Across the world, zoonoses pose a threat to public health with one billion cases and one million deaths each year (Berthe et al 2018). India is a global hotspot for zoonotic diseases (Allen et al 2017). Plague has killed 12 million people since 1898, rabies causes around 20,000 deaths per year, while brucellosis in cattle and buffaloes is estimated at around 24 million yen per year (NCDC 2016). A large majority of the population interacts closely with livestock and wildlife, and is underserved by public and veterinary health facilities (NCDC 2016; Purse et al 2020). The fight against zoonoses is therefore not only a public health crisis, but also a concern for broader governance, as it requires unprecedented collaboration between administrative areas.