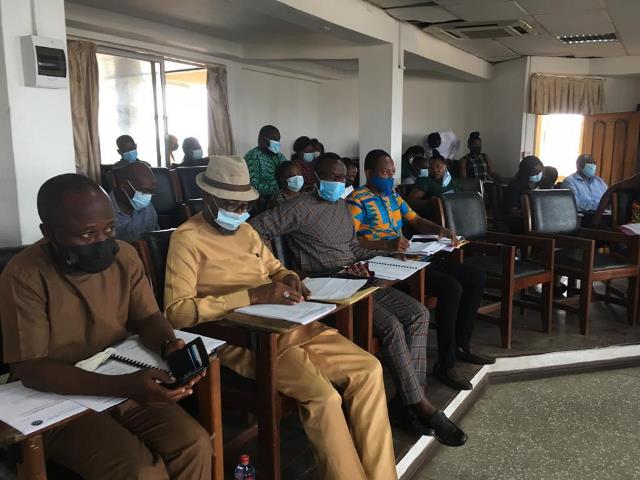 The Tema Metropolitan Assembly (TMA) recommended in its Metropolitan Authority report that adolescent health education should be stepped up to help promote, encourage and educate young people about reproductive health services.

The report states that young people should be made aware of the importance of attending reproductive health centers available in communities, secondary schools and public health facilities in the metropolis.

Mr. Felix Mensah Nii Anang-La, Chief Executive of Tema Metropolitan, presented the Authority’s report at the second meeting of the Ordinary General Assembly of the second session of the Eighth Assembly of TMA.

Mr. Anang-La recommended that adolescent friendly corners in various health facilities be supported by the Assembly while considering creating more such corners in communities to meet the reproductive needs of adolescents.

“The Assembly should help Assembly members to encourage adolescent protection programs such as education on menstrual health and hygiene, sexual abuse, and sexual and reproductive health in communities,” a- he declared.

He said that the TMA would continue to support the awareness and issues of the youth courts as a complement to the promotion of youth development in the metropolis.

He revealed that a study of the Tema Metropolitan Health Directorate’s estimated adolescent population data in 2021 indicated that adolescent protection was an area that needed the attention of the Assembly.

Giving the data, he said an estimated total population for teens aged 10 to 14 in the metropolis stood at 25,901 with Manhean having 10,838 of the figure.

The MCE also noted that statistics available to the Assembly indicated that in 2020, teenage pregnancies had increased from 511 in 2019 to 502, while family planning among them also recorded one against the 1,585 observed in the metropolis in 2019.

Addressing other health-related issues, he said ongoing surveillance for the Delta strain of COVID-19 was still underway in addition to education and public awareness on pandemic prevention and management. and therefore urged the public to continue to strictly adhere to the protocols.