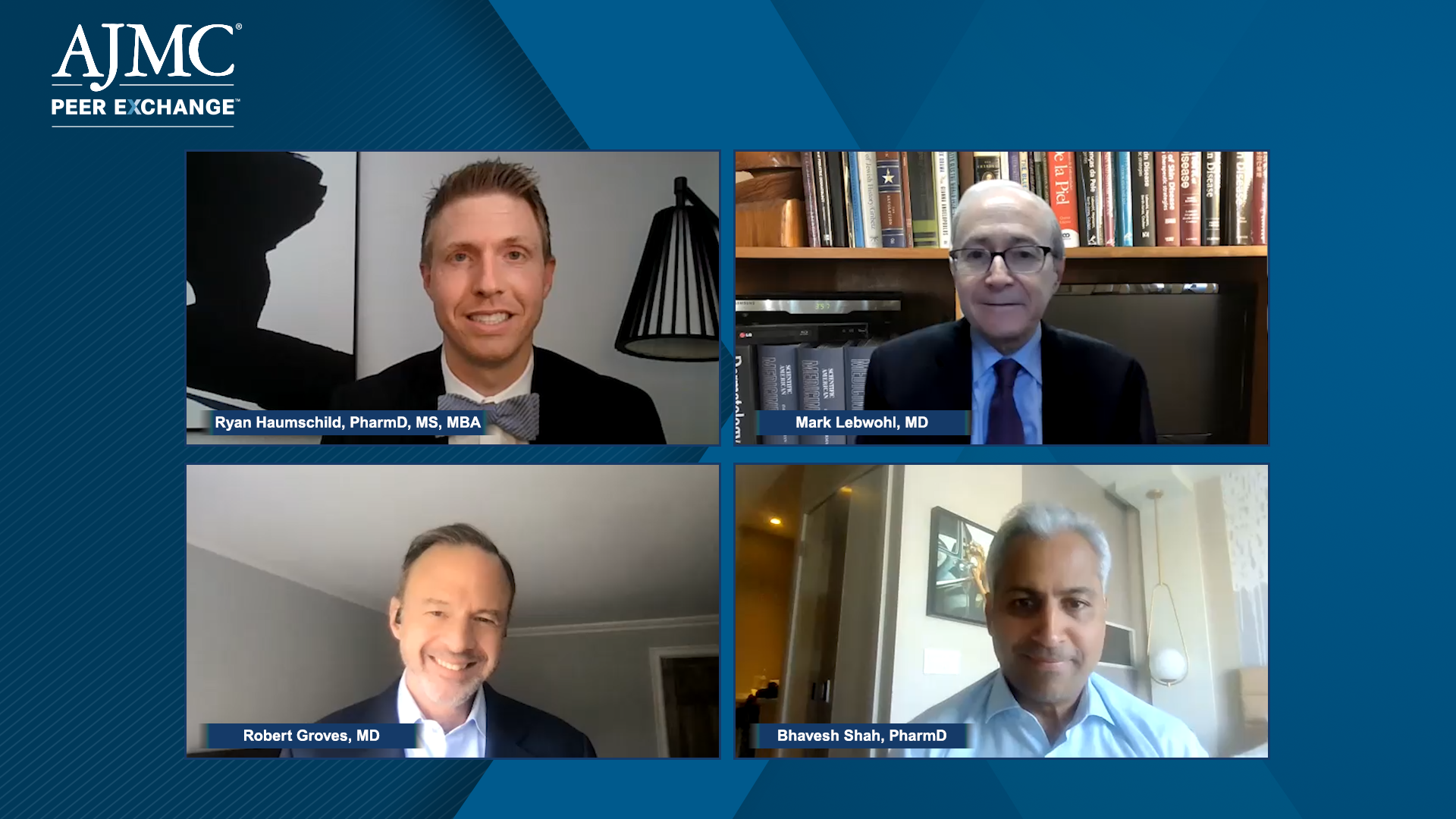 Robert Groves, MD: Personally, I see this, again, as a knowledge management problem. When it is obvious that a certain strategy is better than another, we would be foolish not to defend that strategy. Now, of course, the caveat is that this may be obvious to someone who is immersed in research and does it day in and day out, but the evidence does not yet convince others that it is. And we could go on and on on this dichotomy indefinitely, but what we do know is that there tends to be a bias in human beings. So, again, caution is part of the approach. But what I would tell you is that I am very excited about the advancements in pharmacogenomics. Melanoma is a great problem, not only for the current diagnosis, but also for the chances of it spreading. Great progress is being made in this area, but we have the opportunity to manage knowledge.

I want you to think about pre-authorization; all it is is a knowledge management tool. This makes it easier to do what the insurance company believes is the right thing, whether it is the right thing or not. Obviously that doesn’t work in a lot of cases, and that’s part of the problem, but it’s a knowledge management tool. Having said all of these choices, we believe it is the most efficient and therefore the best for society. Now, when we’re wrong, it’s because we don’t have the nuances you’re talking about. So getting the evidence at this level with the nuances can certainly inform decisions about prior authorization. Prior authorization would not exist if every doctor practiced effective evidence-based medicine with every patient, and I say that without apologizing. But what I also know to be true, having practiced as a physician, is that it would be impossible for me to wrap my arms around all the knowledge that exists regarding the extent of a specialized practice. , let alone a widespread practice. So until we have these tools in place, it will be difficult.

One of the things we are working on at Banner Aetna is an automated pre-authorization process. This means that instead of a doctor prescribing a drug and finding out 2 weeks later that it is not approved, then waiting another 2 weeks to get it approved, and having to take time off their schedule to get it. a discussion with a doctor who may not even be in the same specialty as to why this should be done. Instead, in real time, using AI [artificial intelligence] policies by payer, by plan, on their computer screen, the doctor can see what the warnings are for that particular patient in terms of what will be allowed and what will not be allowed. If all criteria are met, then instant authorization is issued the moment the patient is in the room. If they are not satisfied, the doctor knows exactly why and can formulate his approach either to change what he plans to do first or to argue with the insurance doctor that another route is warranted. That in itself would take away a lot of the pain of prior authorization. Thus, it is a flawed, cost-driven knowledge management tool that needs to be much more efficient at examining individual patient outcomes, much better at tracking all available knowledge, and much better at automating the process.

Ryan Haumschild, PharmD, MS, MBA: This is such an interesting concept because it allows for considerations unique to certain patient populations. And if you use automated intelligence, artificial intelligence, you can go ahead and incorporate some of these considerations, like metabolic disease and psoriasis. It can help lead and be a pre-qualifier for recommended treatment. So instead of taking plaque psoriasis as a whole and saying these are the preferred options, he might start to consider some of these unique subsets and maybe come up with different treatments. I think that’s one of the things that’s so interesting.

This transcript has been edited for clarity.