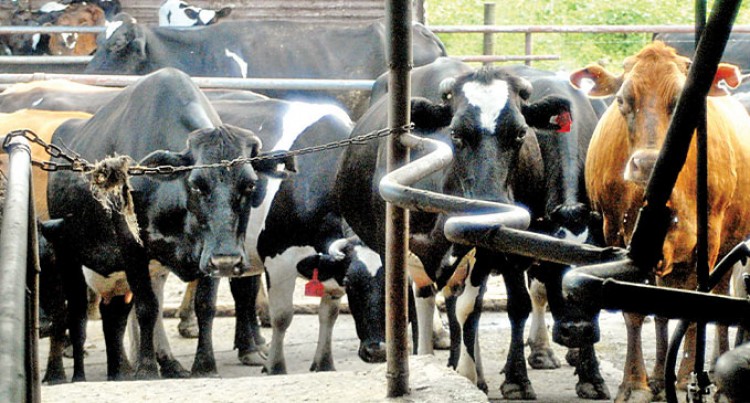 It is only recently that zoonotic diseases such as leptospirosis, COVID-19 and other communicable diseases have caused governments around the world to recognize the importance of the One Health concept.


According to the Pacific Community, the One Health concept recognizes that the health and well-being of humans, animals and the environment are all interconnected. Photo: Ronald Kumar

It is only recently that zoonotic diseases such as leptospirosis, COVID-19 and other communicable diseases have caused governments around the world to recognize the importance of the One Health concept.

One Health encourages multisectoral and transdisciplinary collaboration to promote effective policies related to the “three healths”: animal, public and environmental.

The objective of this focus is to understand why the health of everyone (and everything) is interdependent.

The Ministry of Health (MOH), Ministry of Agriculture and other stakeholders have held several dialogues focused on implementing the One Health concept.

But there has been no formal and legal recognition of the One Health coordination mechanism in Fiji at the national level.

However, there have been pockets of engagement among stakeholders and ministries. The Department of Health works at the community level to help fight zoonotic diseases – diseases that are transmitted between animals and people and vice versa.

But that is still not enough. The need for a national approach to tackling zoonotic diseases is more critical than ever, following the global COVID-19 pandemic and the outbreak of leptospirosis in Fiji.

WHAT WORKS IN FIJI?

Having a One Health setup as an early warning system isn’t straightforward, says Simon Reid, associate professor of Global Disease Control at the University of Queensland.

However, it is understood that these collaborative meetings are not consistent.

“These meetings really open up the communication between them (the stakeholders), so that they develop mutual understanding, build trust, and build that ability to communicate,” Reid said.

“It’s valuable so that when things go wrong, communication between the partners is more likely to happen, and when it does, it’s more likely to be productive because they understand each other.”

Mr Reid said it would be difficult to justify allocating resources to something like a zoonotic disease program unless there was evidence that the burden of disease in people was so high.

“The burden of other diseases, especially non-communicable diseases, is so high that that’s where most of the resources are going, and I guess it’s really about looking at the community benefits of have these activities.

“I think even though I am advocating for One Health, I would not be advocating for the money to be misappropriated. I think running a network where people come together and talk about issues and are willing to work together is a very low cost, and that alone is a valuable resource.

“In a situation like Fiji, it would not be the right decision to divert critical care resources needed for people with heart disease and NCDs.”

WHY IS THE ONE HEALTH CONCEPT IMPORTANT FOR FIJI?

For a small island nation like Fiji, the One Health concept is important to deal with any pandemic, zoonosis or health issue that arises.

The establishment of a One Health framework would mean that stakeholders and line ministries can synergize their resources to promote a healthier population more broadly.

Ministry of Agriculture Permanent Secretary Vinesh Kumar said the One Health concept avoids information asymmetry and enables a team to work towards the same goal and advocate on the same page.

“The One Health concept enables relevant stakeholders to form complementary policies where we can work together for a common goal, healthier animals, livestock, food sources and people,” Mr. Kumar said.

COVID-19 and existing zoonotic diseases have made it clear that Fiji needs a resilient health infrastructure and an effective multi-sectoral approach to meet these challenges.

In response to emailed questions, the Pacific Community (SPC) reports that global funding has been increased to help improve animal health and promote One Health priorities worldwide.

“There is a growing understanding of the One Health concept, which recognizes that the health and well-being of humans, animals and the environment are all interconnected,” SPC said.

The regional office of the World Health Organization (WHO) echoed similar sentiments, saying it was vital that governments continue to strengthen their health systems.

“As the COVID-19 pandemic has shown, the travel industry, the education system and the economy in general all depend on good health,” the WHO said.

“We must therefore make the most of the unprecedented level of financial and political support currently available for the pandemic response to ensure that health systems in the Pacific are prepared to meet current and future health threats.”

THE RELEVANCE OF ONE HEALTH FOR FIJI

Prior to the outbreak of the COVID-19 pandemic, Fiji and the world were already dealing with diseases directly linked to the relationship between animal health and human health.

Studies have shown that up to 60% of human diseases worldwide – and 75% of new and emerging diseases – are of zoonotic origin.

One such pathogen is leptospirosis, a bacterium that spreads to humans through water and soil contaminated with the urine of infected animals. This zoonotic disease has claimed hundreds of lives in Fiji, and continues to do so.

For this year, data released as of May 17 indicates that there have been 2,068 laboratory-confirmed cases, 681 hospitalizations and 36 deaths from leptospirosis.

Every year, leptospirosis continues to threaten Fiji. Hence the urgent need for a better way to undertake a multi-sector approach, including surveillance of emerging disease threats. The One Health concept can help bridge the integrated surveillance gap between human health and animal health.

AREAS OF INTERVENTION FOR ONE HEALTH

These include food safety, control of zoonoses and the fight against antibiotic resistance in plants and animals.

At the 8th Asia-Pacific Global Workshop on Multisectoral Collaboration at the Animal-Human-Ecosystems Interface held in Bangkok, Thailand in April 2019, Fiji had identified five priority zoonotic diseases. They were:

WHAT DO THESE ZOONOTIC DISEASES HAVE IN COMMON?

They are transmitted from animals to humans.

In the case of leptospirosis, it is transmitted by pathogenic leptospires excreted in the urine of infected animals.

These infected animals include rodents, pets, livestock, and wildlife.

In its response, the WHO said: “Leptospirosis can be spread when bacteria from the urine of an infected animal – such as a dog, cow, pig or rat – enters someone’s body. a.This can happen if drinking water is contaminated or if dirty water splashes into someone’s eyes, nose or mouth, or onto a cut or scratch.

The SPC says the incidence of diseases such as leptospirosis is known to increase during floods and heavy rains.

With the increase in heavy rains and flooding in some places, people tend to move. Most of the time, resettlement means moving further inland where contact with wild animals is unavoidable, SPC said.

This increases the chances of contracting zoonotic diseases such as leptospirosis.

Two severe floods in 2012 led Fiji to record the highest number of leptospirosis outbreaks and deaths to date. There have been 576 reported cases and 40 deaths.

Seasonal rains and flooding provide ideal conditions for an outbreak of leptospirosis. Fiji’s tropical climate provides ample opportunity for bacteria to reproduce in mammals, including cattle, rats and pets, which act as reservoirs for leptospirosis.

WHY THE URGENT NEED FOR ONE HEALTH?

Zoonotic diseases spread rapidly and most are not confined to their country of origin, for example the monkeypox epidemic in Australia which has now become a pandemic.

It is important to note that approximately 70-80% of infectious diseases are caused by animals.

These diseases arise because their environments are impacted by human encroachment, or because more wild animals are removed from their original habitats and come into direct contact with humans and domestic animals, such as livestock.

Stray dogs are common throughout the country. Photo: Ronald Kumar

There is also growing concern that bacteria are becoming increasingly resistant to antibiotics because the drug has been over-prescribed and over-consumed even for illnesses. These RAM bacteria can infect humans and animals, and the infections they cause are more difficult to treat than non-resistant bacteria.

The WHO maintains that approximately 700,000 people die each year from AMR; this number could increase to 10 million people per year by 2050 if the situation is not brought under control.

The One Health framework could help Fiji effectively combat these epidemics and antibiotic resistant bacteria, by providing a robust health system, as well as policies that complement the roles of all stakeholders and ministries. But he needs the support of the government – ​​of the policy makers, of the politicians.

At the 8th Asia-Pacific Global Workshop on Multisectoral Collaboration at the Animal-Human-Ecosystems Interface, member countries, including Fiji, were encouraged to seek high-level political commitment for One Health.

Mr Kumar said there were challenges because One Health required a multi-sector approach and it was sometimes difficult to keep ministries and stakeholders engaged.

But so far, work related to One Health in Fiji has been led exclusively by the Ministry of Health.

The working group set up by the Ministry of Health exercises its functions within the framework of the powers conferred on the Minister and Permanent Secretary for Health. But this formal level of structure may not work for some ministries and stakeholders.

Hence the need for an effective mechanism such as One Health to ensure a healthy human population, a healthy animal population and a healthy environment.

Cash Advance Apps vs Payday Loans: Which is Better?