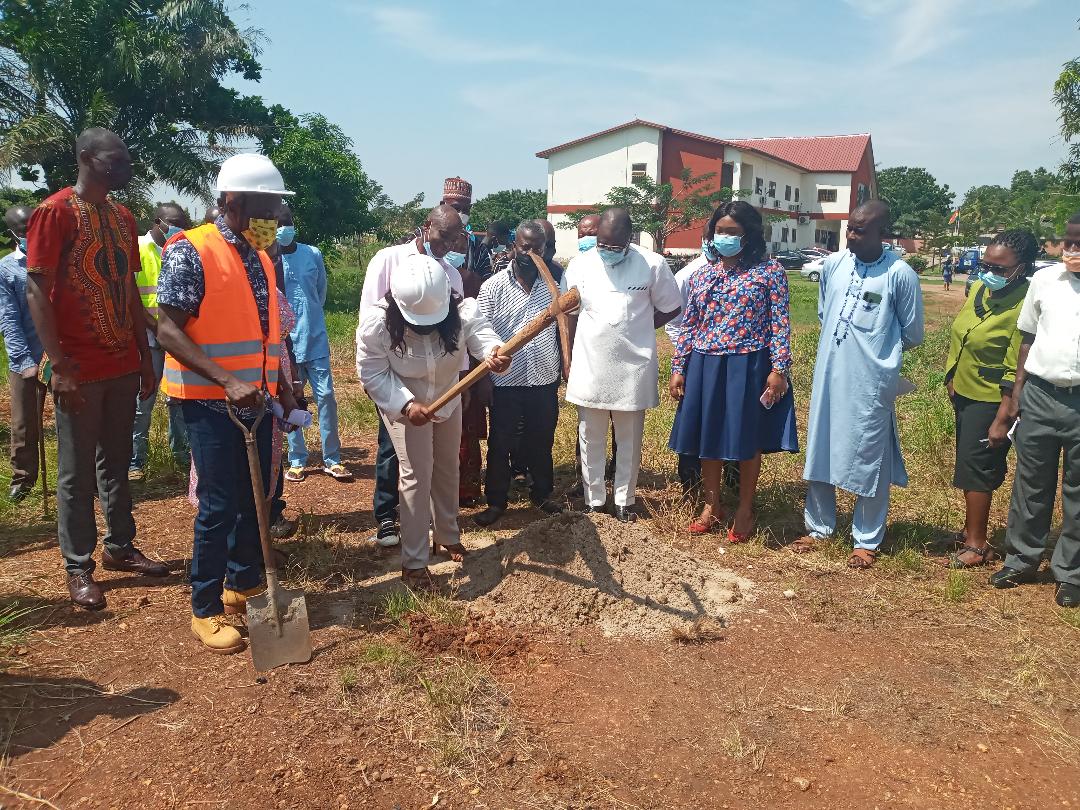 Construction of a one-story adolescent health center with temporary shelter has started in the municipality of La Nkwantanang in the Greater Accra region.

It is part of the efforts to reduce the harmful consequences of sexual behavior and improve the quality of sexual relations among young people in the Municipality.

Construction is being financed under the Municipal Assembly District Development Fund project at a cost of GHS 530,000.00.

The facility, which is expected to be completed in four months, will have a detention center and infirmary for missing children as well as a nursery for educational purposes.

It is also designed to have a consultation room, a board room; clinical reception; Pharmacy room, family planning and social assistance room, in addition to a laboratory; four toilets and an antiretroviral therapy room.

The Director General of the Municipality of La Nkwantanang, Ms. Jennifer Dede Adjabeng,
cutting the ground for the project, noted that La Nkwantanang had a very large population of young people who showed both good and bad social behaviors, claiming that the problems of HIV / AIDS and other sexually related diseases among them were of concern.

â€œLaNMMA has a very large population of good and bad young people that come with a young population, a few of which are teenage pregnancies, teenage sexual assault, HIV / AIDS as a child. very worrying trend, especially with HIV / AIDS and other sexually related diseases, â€she said.

Ms Adjabeng said the facility was urgently needed to counsel teens, especially at a time when most of them were struggling to share their experiences with teachers, parents and councils.

Instead, they share these experiences with their friends, which could lead to peer influence and pressure to engage in social vices.

She said the center would help remedy this situation, saying: “The facility will have well-trained counselors who will help the young people, most of whom end up sharing their problems with the abusers.”

She hoped that the new unit would help the health professionals working there to provide quality health care to the target group.

Dr Priscilla Anima Poku, municipal health director of LaNMMA, told the Ghanaian news agency in an interview that the construction of the center was “welcome news”.

â€œFrom 2019 to 2021, from January to June, a total of 274 prenatal maternal registrations were recorded by the Municipal Directorate of Health among young people aged 10 to 19,â€ she said.

One Health and the fight against antimicrobial resistance in Italy