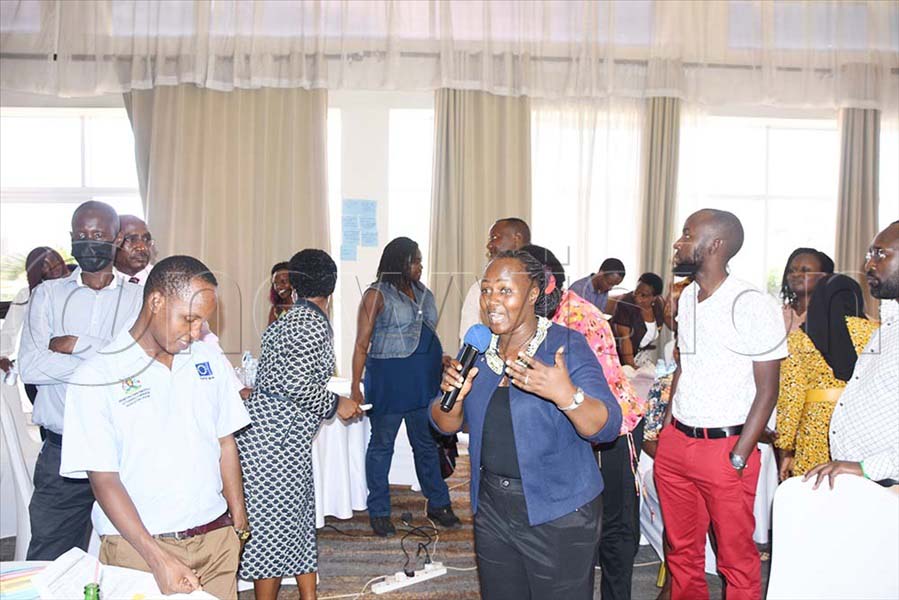 IN IMAGES: Journalists, government communicators trained at One Health

A healthy one went home. This was the case when journalists from different media houses and public relations officers or spokespersons from government ministries, departments and authorities were exposed to health risk communication at the Golden Tulip in Kampala during a three-day training (September 26-28, 2022) .

. Group two members pose for a photo after their health presentation at the Golden Tulip Hotel in Kampala.

Imaculate Nabukenya, one of the One Health facilitators addressing participants

How is his health? According to Dr Immaculate Nabukenya, who was one of the facilitators, health is about professionals working together in human, animal and environmental health.

One Health is also defined as an approach involving the collaborative efforts of multiple disciplines working locally, nationally and globally to achieve optimal health for people, animals and our environment.

This, according to Nabukenya, minimizes the spread of diseases from animals to humans and the transmission of diseases from the human population to wild animals. They are also called zoonotic diseases.

One Health participants stretch after their long day of training

“Prevention is better than cure,” said Nabukenya, adding that it was important to preserve the environment and treat animals when they are sick and avoid bad practices such as sharing homes with animals.

One health training participants on their second day at Golden Tulip

According to the organizers, the training also helped to identify gaps in health communication.