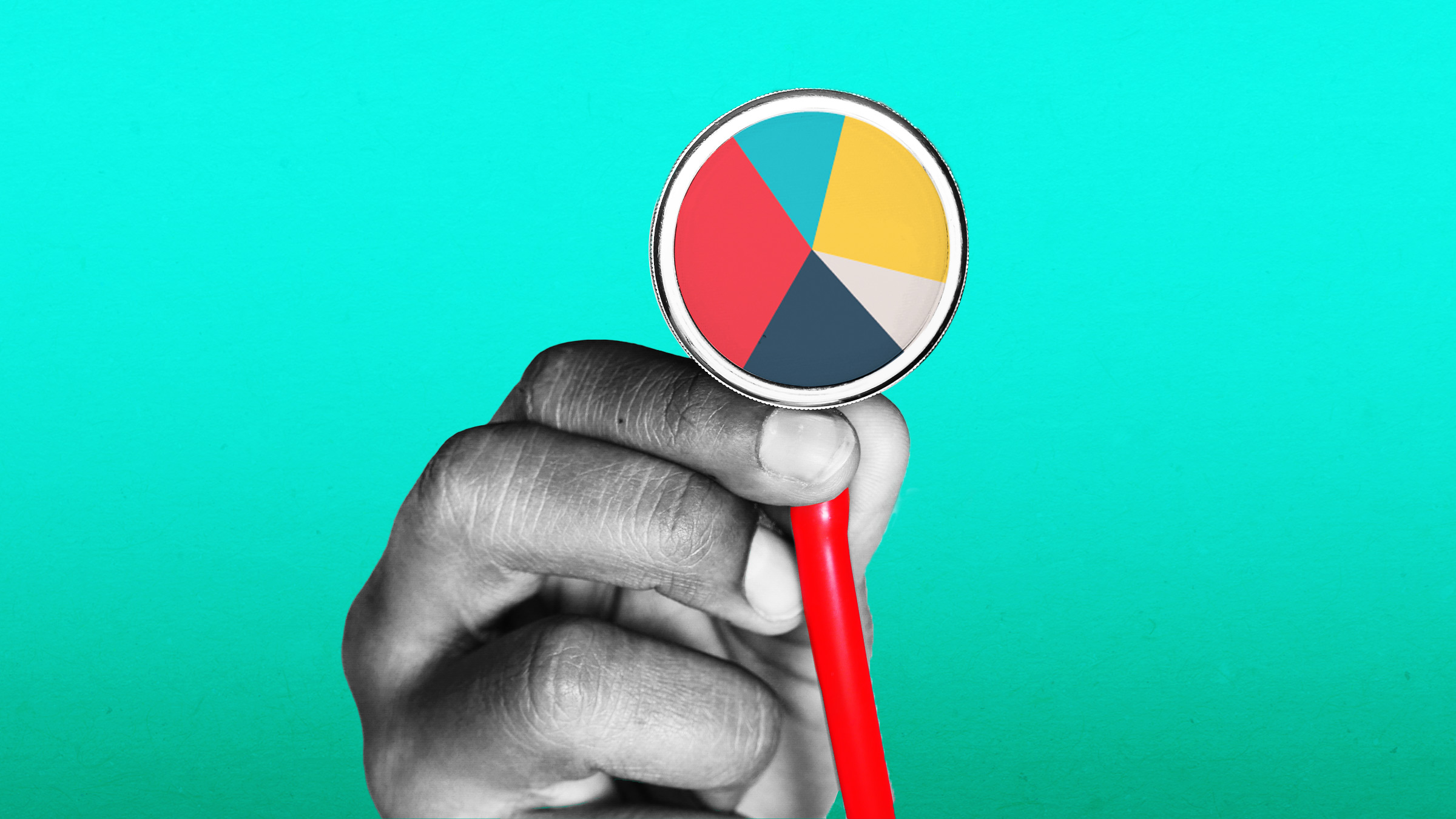 How One Health Plan reduced disparities in medication adherence

Mention racial and ethnic disparities in health care in the United States and one of the first words that comes to mind is intractable.

Disparities in areas such as infant mortality, asthma, obesity and diabetes, to name a few, have persisted for decades. In recent years, some have even worsened.

An initiative employed by our organization, SCAN Health Plan, a non-profit Medicare Advantage plan that serves more than 270,000 people in Arizona, California and Nevada, to encourage more of our members to take their cholesterol, diabetes and blood pressure medications as prescribed, shows that these disparities are not intractable.

In late 2020, as we reviewed our annual quality scores for the Medicare Advantage and Part D Star Ratings programs, we noticed alarming racial and ethnic disparities in our data. Although we have achieved 4.5 stars (out of 5) for four consecutive years, our clinical quality measures were lower when segmented for the Black and Hispanic members we serve. (We use the term Hispanic to match the language used on these measures by the Centers for Medicare & Medicaid Services, or CMS.)

Our data showed that approximately 86% of white SCAN members took their cholesterol medications (statins) as prescribed. Among black members, the rate was about 83%. Among Hispanic members, only 81%.

Nearly 86% of our white members took oral diabetes medications (such as metformin) as prescribed. But among our black and Hispanic members, the rates were 81% and 84%, respectively.

Eighteen months later, things have changed. We have reduced the racial and ethnic gap in medication adherence by 35%, the equivalent of approximately 700 additional Black and Hispanic members taking their medications as prescribed, potentially helping to prevent heart attacks, accidents strokes and death.

We will not pretend that these results were easy or inexpensive. Nonetheless, an understanding of how we achieved our goals offers valuable lessons for organizations in healthcare and other sectors about what it takes to make equity an organizational priority that delivers results.

Before we put a plan in place to address the disparity issue, we knew we had to make it clear that it was a top organizational priority. So we tied 10% of our senior managers’ annual bonuses to their ability to reduce differences in medication adherence rates.

As a result, members of our senior leadership team prioritized their departmental priorities and pursued new cross-functional collaborations to achieve the organization’s goal. For example, our first need was an accurate data report. As a health insurer, our analytics team makes projections on medication adherence to make predictions about what our Medicare star ratings will be at the end of the year. But in this case, we didn’t need to know who was going to end the year not being a member. “We need to know who needs our help right now!” our head of pharmacy said passionately to our head of IT in a meeting.

Once we had a good idea of ​​who needed our help and when, we set out to better understand Why our black and Hispanic members in particular were non-adherents. Frankly, we had no idea why these disparities existed. Ninety percent of the drugs our members take are non-copayable, so it doesn’t appear that the disparity is significantly related to affordability. Nonetheless, studies have consistently shown that failure to adhere to a medication regimen increases a person’s risk of morbidity, hospitalization, and mortality. (CMS defines medication adherence as filling a prescription 80% or more of the time.)

Our Senior Vice President of Healthcare Services led our efforts to conduct ethnographic interviews with several sample groups of our non-adherent members. She was assisted in this effort by our Business Excellence and Diversity Team, which generally focuses on inclusion both within SCAN and among our member populations, as well as our Consumer Insights Group. . Like the other marketing teams, the latter leads focus groups in order to understand the preferences of our customers. In this case, members of this team pivoted and provided perspective on the best approach to conducting interviews to glean meaningful insights into medication adherence.

We also sought answers from staff members of Independence at Home (IAH), a SCAN benefits program that provides services and support to seniors and their caregivers, regardless of plan affiliation. The IAH team has decades of experience discussing medication adherence, as well as other health topics, with Hispanic and Black people in their homes. Similarly, we have also tapped into the insights of our peer advocates at SCAN, members who work part-time to educate other members on hard-to-discuss issues like incontinence management and end-of-life planning. We wanted to know what members of these two teams had heard about medication adherence in real settings.

But we didn’t just look outside for answers. We also held listening sessions with our black and Hispanic pharmacy employees. Not only are they used to discussing medications with members, but they also brought a wide range of lived experiences on the subject.

In all of these listening and interviewing sessions, we learned a number of things. Non-members were often unaware of the prescribing benefits we offered that they could tap into. They often trusted nurses more than doctors. They struggled to understand providers who spoke English too quickly or could not answer questions in their native language. Their cultural philosophy towards health care emphasized herbal treatments more than drugs. They had trouble getting transport to their local pharmacy. And, more often than not, they simply did not understand what their prescribed medications were or how they would help improve their condition.

Human Resources was the next department to join the effort. Amid one of the tightest job markets since World War II, HR worked with pharmacy to recruit more than 15 Black and Hispanic care navigators and pharmacists. We were looking for cultural and linguistic affinities, so we also hired bilingual candidates.

In an education program designed by the Western Region Public Health Training Center at the University of Arizona’s Mel and Enid Zuckerman College of Public Health, pharmacists and navigators learned how to better communicate with members blacks and Hispanics they would talk to. For example, the University of Arizona courses emphasize “cultural humility.” Participants are encouraged to reflect on their own cultural biases and are equipped with the tools and skills to listen and adapt to each patient’s unique circumstances and situation.

Trained in this new way, pharmacists and care navigators reached out directly to members of the same race or ethnicity to assess barriers to adherence and design tailored solutions for each member.

For example, a patient we’ll call “Maria” is a 67-year-old Latina with diabetes who told our care navigator that her religious beliefs required her to stop taking her medications for brief periods every few months in order to that she could pray and “cleanse.” She also used natural remedies to supplement or even replace her prescribed medications.

In her conversations with Maria, our care navigator mostly listened. With her training, she knew that Maria should feel heard and respected. Also, as a Latina who had lived in a household with older relatives, our care navigator was familiar with beliefs like Maria’s. “I’m Latina and we believe in herbal remedies,” the navigator said. “With my mother, it was tea for everything.”

During a series of regular phone calls, the care navigator expressed his appreciation for the importance of Maria’s religious views, particularly as a source of hope and strength during difficult times. But she also told Maria that she didn’t need to choose between her doctor and her faith. Following both, Maria was told, would be best for her health.

Six months after her first conversation with a care navigator, Maria made an appointment with her doctor for a medication review.

The burden of changing the status quo has not just fallen on the shoulders of care navigators and pharmacists. They were assisted in this process by others inside and outside of SCAN.

For example, our legal team has accelerated contracts with suppliers, such as Arine, whose network of pharmacists has expanded our ability to conduct member outreach; MedArrive, which sent nurse practitioners to provide home medication consultations; and the University of Southern California School of Pharmacy, whose Spanish-language fotonovelas, comic-book-like stories that use photos instead of illustrations, offered members a lighter take on the importance to take his medication.

Senior leaders – perhaps knowing that part of their bonuses were at stake – participated in all levels of the program. A common reason people miss doses is that they forget to refill their medications on time. So when our records showed that prescriptions still needed refills, our Chief Medical Officer, Chief Pharmacist and Senior Vice President of Healthcare Services all personally assisted in ordering refills.

It has been about a year since SCAN launched its medication adherence initiative. Looking back, we’re still a little impressed with the work, the commitment and, of course, the expense that went into it. (We estimate that we spent close to $1 million on this initiative.) Fifty staff members — along with a network of outside vendors — continually reached out and engaged with our members. Staff across the organization, including almost all senior managers, took time off from other tasks to focus on this program. (And yes, they got their bonuses.)

Months after completing this process, we are expanding the effort. We are using the techniques we have described to improve diabetes control among our Hispanic members, improve flu vaccination rates among our black members, and address other areas where the data shows us inequities. We know that solutions will not come easily. But we are also sure that the problems are not insoluble.

Population health is key to facilitating mental health in the workplace