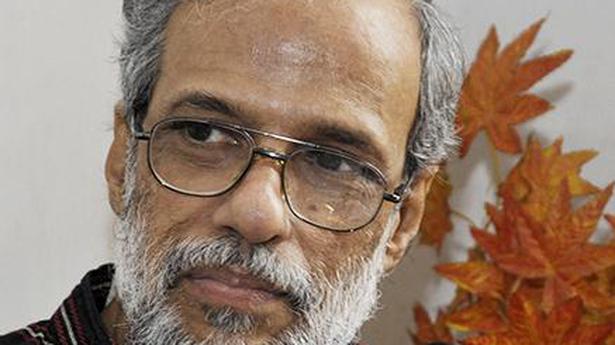 The multisectoral concept involves a scientific study of human-animal-environment interactions.

Gaining traction in the wake of the COVID-19 pandemic and the threat of other zoonotic diseases to global health, the multisectoral concept involves a scientific study of human-animal-environment interactions.

The approach entered public discourse after its presentation in the Tripartite Guide to Zoonoses (TZG) which was jointly developed by the Food and Agriculture Organization (FAO), the World Health Organization. (WHO) and the World Organization for Animal Health (OIE) in 2019.

Professor Gurukkal found immense meaning for the notion at a time when Kerala witnessed a grim COVID-19 scenario with the state government imposing a lockdown in an effort to curb the pandemic. A few years ago, the state also battled an outbreak of the Nipah virus, the origin of which was later traced to infected fruit bats in Kozhikode.

â€œThe efforts of one sector cannot prevent the problem. It is the responsibility of all sectors, including public health, animal health, plant health and the environment, to ensure that their professionals, whether they are doctors, scientists, environmental engineers, urban planners or resource managers natural, be aware that the same microbes infect animals and humans in shared ecosystems. They must be insightful into the links between the ‘one health approach’ and current techno-economic developments, â€he said.

The eminent academician also believed that universities and research institutes should orient their graduates in accordance with the concept to instill knowledge about human-animal-environment interactions and the harmful consequences for each other. Powerful drivers such as climate change, population growth, land diversion, deforestation and environmental alteration are causing volatility in humans, animals and microbes. This situation has the potential to generate zoonotic vector ecology, he warned.

Kerala University of Veterinary and Animal Sciences (KVASU) and Kerala Forestry Research Institute (KFRI) have a major role to play in addressing the deadly challenges at the human-animal interface, he says. Human-wildlife conflicts cause the emergence and re-emergence of many diseases.

â€œIt is encouraging that the state government is seriously considering the advice of the Higher Education Council to establish a Faculty of Wildlife Sciences at KVASU to promote research on the Western Ghats forest and the tribal interface of the KVASU. â€œOne Healthâ€ perspective. Indeed, this will help focus human development interference on wildlife that often crosses the symbiotic boundary and prevent zoonotic epidemics, â€said Prof Gurukkal.