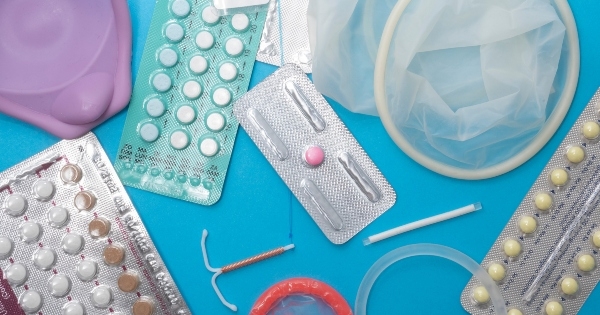 One of the biggest barriers to reproductive health equity in Nova Scotia is the cost of contraception, and universal access is needed.

That was one of the messages repeated at Tuesday’s meeting of the Nova Scotia Standing Committee on Health, which focused on access to birth control and sexual health services.

“Providing contraceptives free of charge saves money and improves the health of the population. Governments save between $7 and $10 for every dollar invested in contraception,” nurse and Wellness Within board chair and coordinator Martha Paynter told the committee.

“As a nurse providing abortion care, I see how patients return time and time again because while abortion services are rightly publicly funded, contraception is not and the abortion becomes the only recourse.”

Paynter pointed out that while the cost to taxpayers of an abortion procedure is around $2,000, an intrauterine device (IUD) at around $400 provides effective birth control for five years and birth control pills cost $30 per month.

“Contraception is a wise investment. When people can plan their pregnancies, evidence shows they are better able to care for their families, complete their education, obtain employment, and less likely to experience domestic violence and poverty” , Paynter said.

“Yet in Canada, half of all pregnancies are unintended, and one in three people with a uterus will have an abortion in their lifetime.

“Everyone has sexual health. Your whole life. It is absolutely fundamental, fundamental to your well-being,” she told the committee. “Chronic underfunding…it causes so many health scars on the population that cause all kinds of damage to our economy.”

“Daily discrimination against people with a uterus”

Paynter also told the committee that excluding these products from coverage is a matter of gender equity.

“Not funding it is just sex discrimination, very plain and simple,” Paynter said.

“So that’s our baseline here. We live in a context of daily discrimination against people with wombs in this province.

Describing the introduction of self-referral for abortion services in Nova Scotia and the public funding of a centralized hotline as one of the “most innovative and significant changes” to sexual health services in the province over the past decade, Paynter noted the approach not only reduced wait times and costs — it also improved outcomes.

“Nova Scotia can continue to show public sector leadership on sexual health by committing to free contraception for all,” Paynter said.

“Falling through the cracks”

Dr. Melissa Brooks of the Department of Obstetrics and Gynecology at the IWK Health Center agrees. She said that at the Women’s Choice Clinic in Halifax, they receive donations to purchase IUDs to give to people who don’t have coverage.

Brooks said they hand out these IUDs “like candy.”

Brooks reiterated Paynter’s comments, noting that the one area where Nova Scotia could make “big strides” in reproductive services would be providing universal access to contraception. She said long-acting reversible contraception, such as IUDs and subcutaneous contraceptive implants, are particularly difficult to access for many.

One in three workers in Nova Scotia does not have access to private drug coverage, and family drug coverage does not adequately fill the gap. Brooks said she encounters this almost daily in her clinical practice.

“Research from around the world has shown that providing barrier-free access to contraception is not only cost-effective, but also saves money in the long run,” Brooks told the committee.

“Nova Scotia could be a leader in Canada in promoting reproductive care with universal access to contraception.

The non-profit association takes over

Leigh Hyde said their nonprofit Sexual Health Centers run “compassionate care” or emergency funds for clients who need access to things like Plan B or birth control but don’t. can’t afford it.

“I want to emphasize that our five rural centers operate with an annual operating budget of less than $50,000 per year,” Hyde said.

“And these little compassionate funds are something they’ve taken over because the health care system hasn’t made them available to people.”

At the end of Tuesday’s committee meeting, Paynter said that in the 20 years she’s done abortion work, what the province achieved in 2018 was “amazing, world-class.” She described the province’s access to abortion as the best in the world.

Paynter now hopes the province will also become a leader in providing universal access to birth control, which she believes is achievable.

Contraception is gender-affirming care. If you get an IUD inserted, you won’t have your period for five years. It feels really good if that’s the kind of gender-affirming care you’re looking for. Universal access, it helps all young people who do not have to disclose it to their parents and go through private insurance. They just get the care they need…

He addresses this month’s issue, dedicated to understanding and highlighting the issues of sexual assault and domestic violence. Contraception prevents this. It prevents poverty. It prevents low school results. It avoids unemployment.

It’s the best win-win we can imagine, and it’s definable and achievable. And so I want to come away wishing us really good luck on the path forward where we can do that and once again lead nationally and internationally how we care for the people of this province.

We have many other subscription options available, or send us a donation. Thank you!

How Population Health Can Help With Heart Disease | Health info